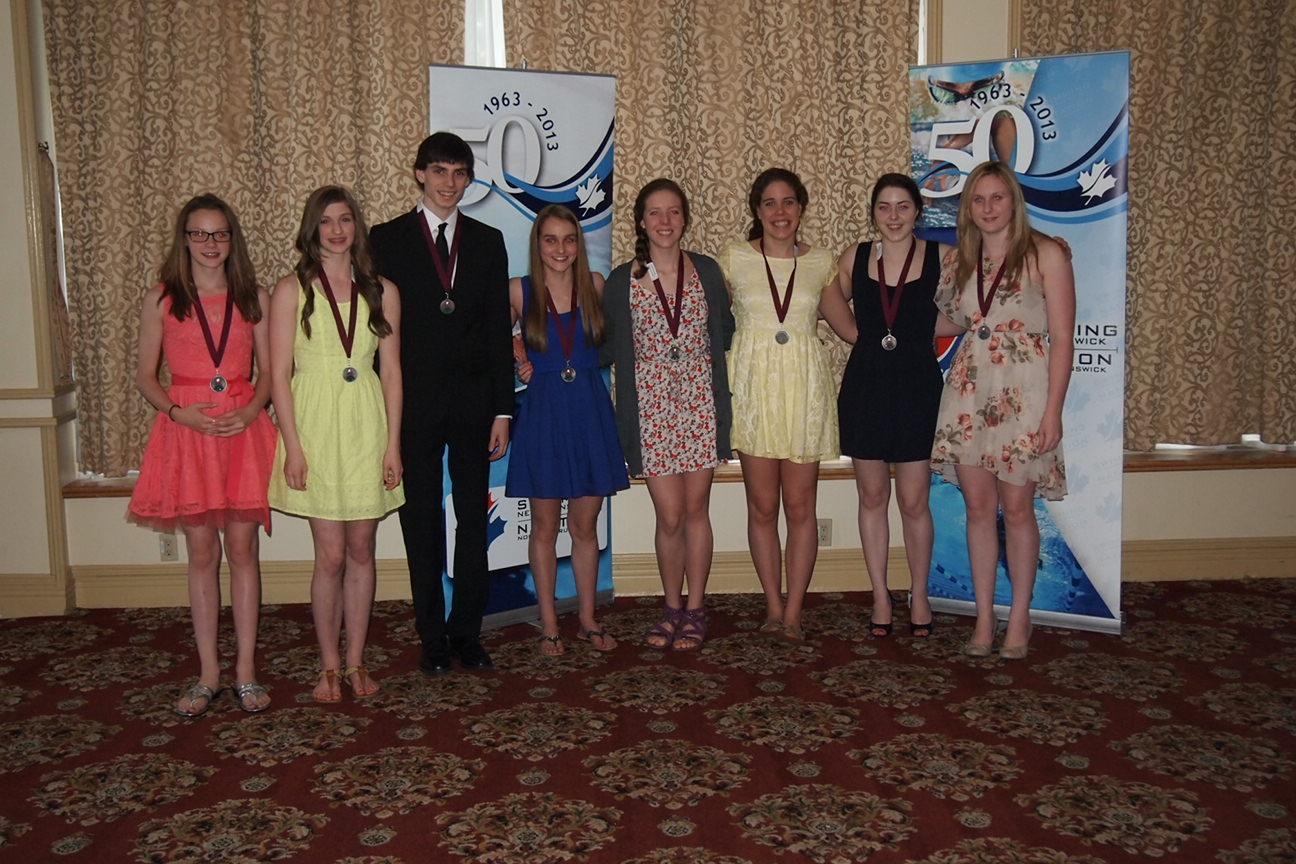 The 2012-2014 AGM weekend events were held at the Crowne Plaza in Fredericton, June 7th – 9th.  The weekend began with the Presidents Council dinner and meeting on Friday evening, attended by provincial club Presidents and Swimming New Brunswick’s Board of Directors.

Two training camps led by visiting coach Eric Kramer from Ontario were scheduled s on Saturday.  A total of 49 swimmers participated in the two camps.  Club Development seminars were also scheduled on Saturday and attended by coaches, club executive and parents.

The weekend’s big event was the Awards Banquet with Guest Speaker, Maritime Olympian,  David Sharpe  Swimmers from every provincial club were honored at the Award Banquet. One hundred and sixty swimmers, parents, club executive members and VIP’s attended the Banquet.

The AGM was held Sunday morning. At this year’s AGM two Board positions were up for election.  Congratulations to David Frise and Ron Richards who were elected to the Board of Directors by the provincial club delegates.  The Swimming New Brunswick Board of Directors for the 2013-2014 are David Frise – President, Ron Richards – Treasurer, Michelle Morin – Secretary, Ed Burridge, Marianne Limpert.

Please see the 2012-2013 AGM booklet for more information on the weekend events and  a list of all our Award winners.