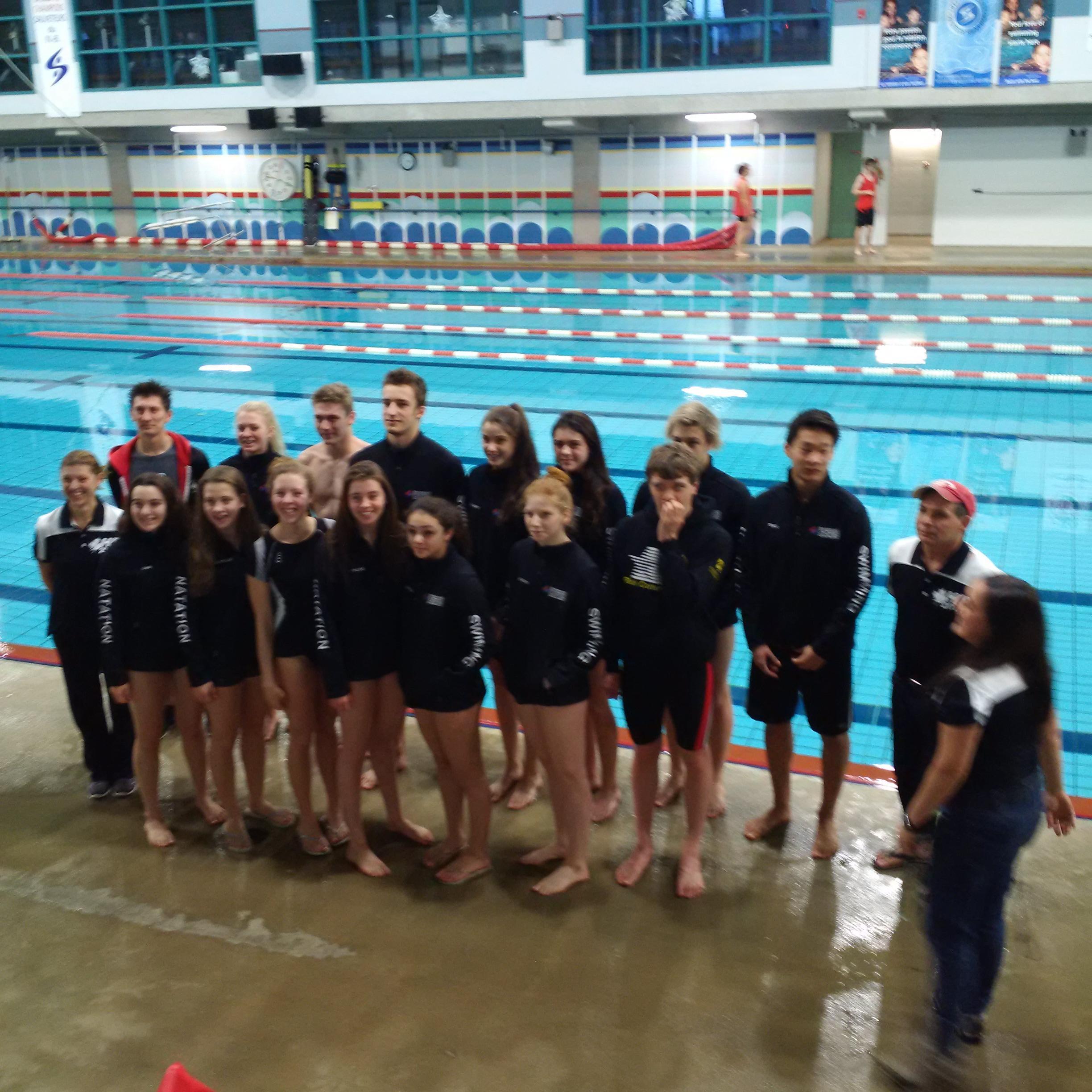 A very big thank you to the attending coaches who volunteered their time over one of the busiest weekends of the year to help develop our athletes.  Swimming New Brunswick would also like to recognize the camp chaperones David Anderson CNBO and Paul Crowell CVAC.  The chaperones worked all weekend to ensure the athletes were looked after off deck.  Thank all,  coaches and Chaperones!!