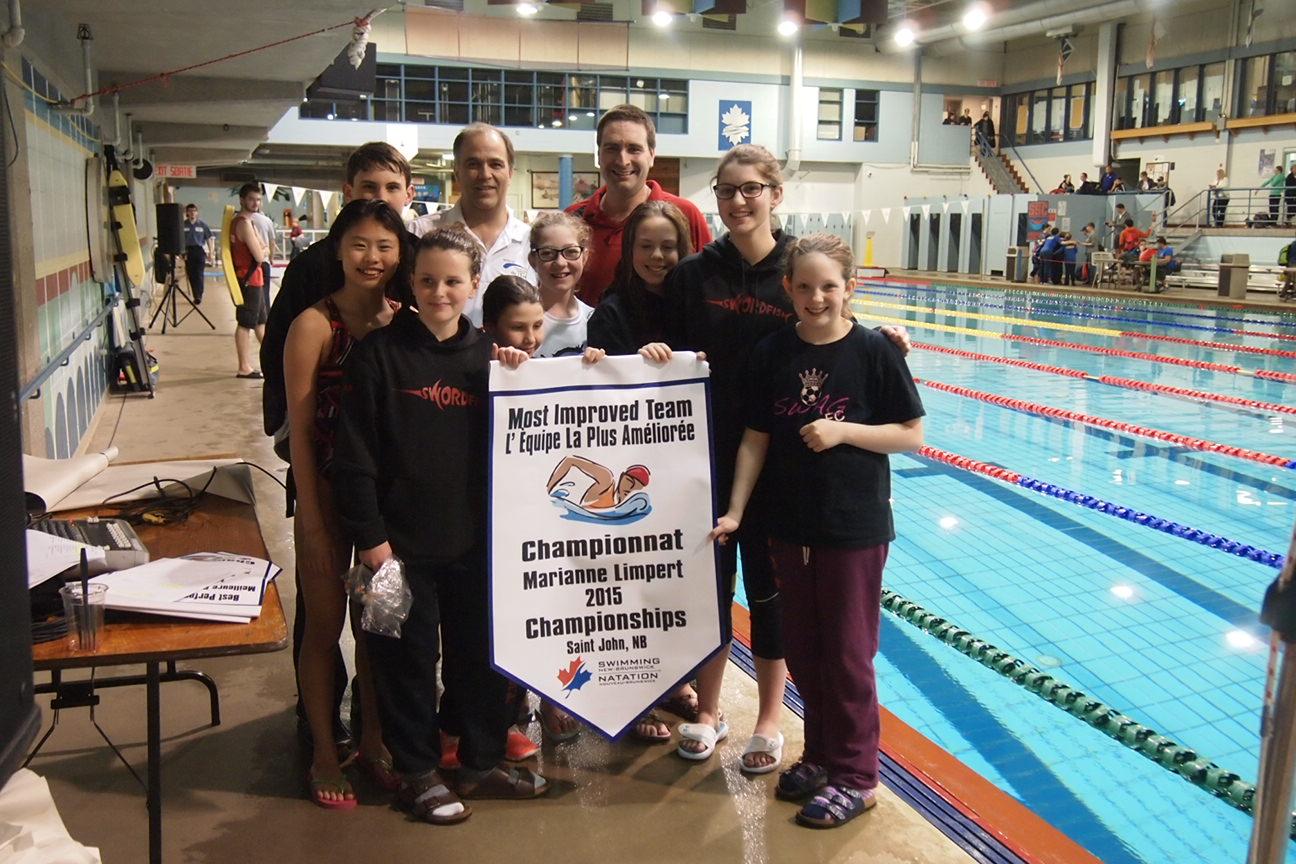 338 Swimmers participated in the 2015 Marianne Limpert Team Championships this past weekend in Saint John. Fredericton Aquanauts Swim Team FAST was named the High point Team and Sussex Swordfish SWRD  was awarded the most improved team Banner.     22 Long course Para records were set, 5 individual Able bodied records and 4 Relay records were set.  Records standing as far back as 1987 and 1992 were broken this weekend. Congratulations to all the record breakers.   For  Team combined scores and Team age group winners and  record reports are please see the links below.  Marianne Limpert attended the meet on Sunday to speak with swimmers and sign autographs.  Many thanks to Marianne!  Thanks also go to the very hard working meet management team from FAST and TIDE and all the officials who volunteered from all our clubs.  Special thanks to  co meet managers Gary Losier and Lucinda Hughey   Thanks for an awesome meet!!

Brooklyn Douthwright CVAC – May Swimmer of the Month
Scroll to top